The Morning Call looks at demographics and politics 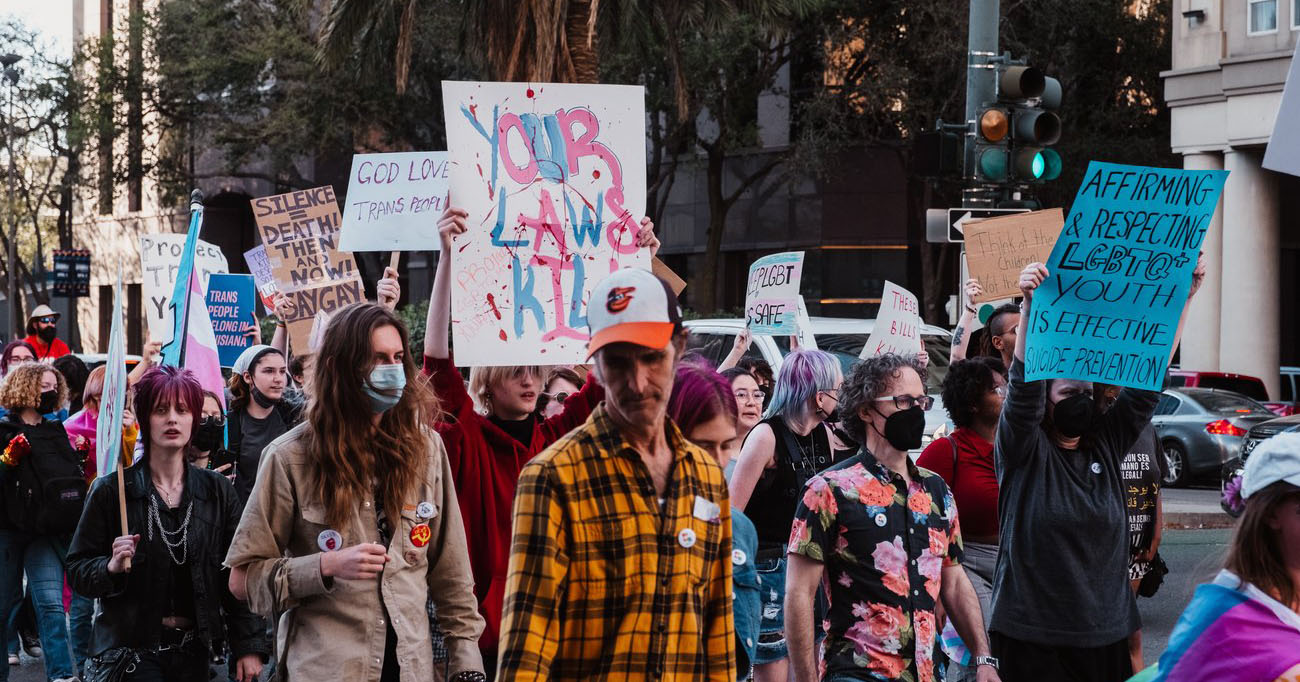 08 Oct The Morning Call looks at demographics and politics

Posted at 08:21h in Articles by Stephen Soukup

For as long as almost anyone can remember, the Democratic Party’s sole strategy for taking and maintaining control of American politics has been simply to wait.  “Demography is destiny,” they insisted, and as the racial demographics of the nation shifted away from a solid white majority to a more diverse mix of ethnicities, the Democrats believed that the old and white GOP would collapse while they, the young and multi-racial party, would rise to permanent super-majority status.

The key to this “Emerging Democratic Majority” would, of course, be the swiftly rising Hispanic population.  Like all minorities, the Democrats and their strategists figured, Hispanics would become and would remain Democratic voters.  And why not?  Republicans are racially regressive, predominantly white, and opposed to immigration (for fear of White Replacement Theory or other such racist dogmas).  Meanwhile, Democrats embrace diversity, favor the usage of inclusive language (including the gender-neutral and really neato term “Latinx”), and support (at least in private) de facto open borders.  How could the difference between the two parties be more apparent and, more to the point, how could these differences do anything except ensconce the Democrats in the partisan majority for decades to come?  The strategy was simple, required no effort whatsoever, and, best of all, was 100% inevitable.

That horrifying noise you heard late last night/early this morning was the sound of millions of Democratic voices suddenly crying out together in terror – as they realized that their arrogant and cynical plan is not only going to fail but just might have precisely the opposite effect as was intended.

Republican Mayra Flores prevailed Tuesday in a special election for an open congressional seat in South Texas, marking a major breakthrough for Republicans eager to blaze new inroads in the historically blue region.

She beat Dan Sanchez, the leading Democrat, outright in the closely watched race and will be the first Mexican-born congresswoman. She will get to serve only until January, but Republicans heralded her win as a shot of momentum in their new South Texas offensive.

With all precincts reporting Tuesday night, Flores had 50.98% of the vote and Sanchez had 43.33%. There were two other, lesser-known candidates — Democrat Rene Coronado and Republican Juana “Janie” Cantu-Cabrera — in the race….

Speaking a little after 9:30 p.m., Flores declared victory and said her campaign “took no one for granted.”

“For over 100 years, we have been taken for granted,” she said at her election night party in San Benito. “I will show you what real representation looks like. I will represent all people.”

For the record, this district (Texas 34) is more than just “historically blue.”  It is south of San Antonio.  It is predominantly working class.  And it is overwhelmingly – 84+% – Hispanic.  And a Mexican-born Republican just won it.  After looking at the county-by-county vote breakdown, RealClearPolitics’ senior elections analyst Sean Trende gushed, “This is sort of how I felt seeing some of the shifts in Appalachia in 2010, or blue collar areas in 2016. Except this I genuinely didn’t think I’d see for another 20 years or so. Just astonishing.”

Earlier this week, the New York Sun carried an interesting and, we think, telling story about a burgeoning phenomenon, one that most Democrats are likely not aware of but that would add volume and intensity to their shrieks of terror if they were:

The growing legions of Americans turning to homeschooling after two years of on-again, off-again public education includes one group for whom the option is particularly challenging — first-generation immigrants.

“A lot of these are what we think of as nontraditional homeschoolers — people from low-income, immigrant backgrounds,” the Pacific Research Institute’s senior director of the center for education, Lance Izumi, says. “It kind of shatters that myth that this is basically only a middle-class or maybe a middle-class, white phenomenon.”…

The coordinator of Hispanic outreach for the Home School Legal Defense Association, Karim Morato, has seen a similar shift since the beginning of the pandemic.

Ms. Morato, a native of Guatemala, left her job as a Fairfax County public school teacher to homeschool her children 14 years ago — when fewer than 2 percent of Hispanic Americans were homeschooling.

At that time, Hispanic homeschoolers were second- or third-generation Americans, with bilingual fluency and a deep familiarity with American culture.

“They already knew the school system, and they spoke English very well,” Ms. Morato says. “They were homeschooling because it’s the best option, but also they wanted [to maintain] their Hispanic legacy by making sure that the children speak Spanish.”

Covid ignited a shift, Ms. Morato says. Public school parents felt like “they were trapped in a system that was failing. The children were not learning,” she says. Private school was not an option for low-income families, so they turned to homeschooling.

Read that last bit again, if you will.  Hispanics – and especially first-generation Hispanic immigrants – are turning to homeschooling in record numbers.  And they are doing so because they “felt like ‘they were trapped in a system that was failing. The children were not learning.’”  Not to plagiarize Sean Trende, but that’s just astonishing.  First-generation Hispanic immigrants – the core presumed constituency of the “Emerging Democratic Majority” – are explicitly rejecting the public school system – the core means of indoctrinating the “Emerging Democratic majority” – because they see through the propaganda and politicization of public education and are frustrated that their children aren’t learning and are, rather, being groomed to be part of a semi-permanent underclass.  Again, astonishing.

We don’t want to get too far over our skis here, but since part of our job is to forecast trends and events, we’ll give it a shot: the nation’s fastest-growing and demographically most important minority population is going to become the factor that relegates the social-justice/cultural Left to irrelevancy.  This isn’t to say that Hispanics are or will become staunch and loyal Republicans.  One should never underestimate the GOP’s ability to screw things up.  It is to say, however, that the Hispanic population will likely do one of two things.  Either it will reverse the Emerging Majority theme and make Democrats a semi-permanent minority party, or it will cause the Democrats to reassess their ideological obsessions and to move swiftly and surely away from their current “woke” political posture toward a more traditional, labor-oriented agenda.

In the near term – with people like Congresswoman Alexandria Ocasio-Cortez out in public complaining that her party needs to use the term “Latinx” more frequently and vigorously – we expect the Democrats to struggle mightily.

In the longer term, we expect cooler and more sensible heads to prevail.

Or at least we hope they do – for everyone’s sake.