The Political Forum Institute is a newly launched endeavor by Stephen R. Soukup and Mark L. Melcher, two longtime Wall Street veterans and noted social commentators, in order to change the course of discussion in and around capital markets and, especially, at the intersection where markets and politics meet. Much of the effort will center on themes highlighted in Mr. Soukup’s book, The Dictatorship of Woke Capital, published in February 2021 by Encounter Books.

The timing of Steve’s book could not have been more fortuitous. The subject of the political weaponization of capital – which has been a mainstay of Soukup and Melcher’s research and commentary of the last quarter-century – is, at long last, coming into its own and is now recognized as a vital topic in American social and political discourse, especially among those who, like Soukup and Melcher, seek to preserve the virtues of the Founding and of traditional Western civilization.

To capitalize on this momentum and solidify his position as a leader in the push-back against “woke capital,” Steve is currently co-authoring a second book – along with Andy Puzder – that will address the subject from a different angle and tie it into other timely topics, including the deterioration of democratic governance and the need for “de-centralization” in government and markets. This book – Other People’s Money: How Progressives Hijacked Your Investments to Achieve Their Aims – is due out from Encounter Books m id-2023.

To this end – and to a host of others – Soukup and Melcher have created a non-profit arm to complement and compensate for the inadequacies of their for-profit enterprise, The Political Forum. Their new project, The Political Forum Institute (www.wokecapital.org or www.thepfi.org) seeks to build a powerful and enduring community dedicated to the values and beliefs of the American founding: free peoples, free minds, and free markets.

The Political Forum Institute is currently operating as a program of the National Center for Public Policy Research, in conjunction with the Center’s Free Enterprise Project.

In brief, The Political Forum Institute believes that the contemporary approach to American business, markets, and economy largely ignores the history and philosophy that underpin American and Western culture and drive current events. There has never been a greater need for deeper understanding and informed discussion of the interconnection of capital markets, government, and culture in society. This lack of intellectual foundation is reinforced by the 24-hour news cycle, which exacerbates the decline of thoughtful analysis and discussion. Additionally, the increasing power of government and the concentration of control in the hands of a very few large institutions at a time of major political turmoil, social unrest, and economic volatility means Main Street and individual freedoms are being disregarded or sacrificed.

Through The Political Forum Institute, Soukup intends to affirm the culture, especially within the business and capital-markets worlds; to change that which can be changed; and to imitate Albert Jay Nock’s “Isaiah” by “thinking small,” rather than trying to appeal to the masses or looking for grand solutions. The Political Forum Institute is founded on the belief that the problems that truly affect the nation are beyond politics, which means that they cannot be solved by federal legislation and, moreover, that they cannot be solved at the federal level at all. They must be addressed and solved, if possible, in community, in the small groups of men and women who align themselves and associate with one another voluntarily.

Over the course of the past 12+ months, The Political Forum Institute has been articulating program plans, creating a website, raising initial contributions from several loyal followers/subscribers, identifying a constellation of other potential donors, and recruiting an advisory board.

We are, at present, seeking seed-level funding specifically to enable the research and composition of subsequent book-length projects, as well as other programs intended to raise the Institute’s visibility; to recruit a broader readership of our daily publication; and to engage other thought leaders on the questions of business, politics, and the murky waters where the two meet.

The Urgent Need for TPF Institute

As we enter the third decade of the twenty-first century, several players in the worlds of business and financial markets have positioned themselves to take unfair advantage of a confluence of circumstances that have produced a unique concentration of power within the financial services industry. This concentration of power, in conjunction with the adoption of a righteous-sounding yet pernicious moral code, threatens irreparable harm to capital markets, corporate behavior, and, by extension, the American experiment.

Over the last few years – and over the next several years as well, if the activists have their way – the focus in corporate management, asset management, and business ethics has been on “stakeholders,” which are seen as distinct from and often in conflict with shareholders. The idea is that traditional corporate and asset management have focused too heavily on shareholders alone and should, instead, focus more on stakeholders – i.e. employees, customers, labor representatives, neighbors, friends, local governments, the environment, and so on.

There are two obvious problems with this noble sounding ideal. First it represents a distinction without a difference. Shareholders are stakeholders too, and corporate managers or owners who are not already focused on the well-being of customers, employees, and others will not be managers or business-owners for long. Effective and successful business management has been “stakeholder-focused” for as long as private enterprise has existed.

The second problem – which derives from the first – is that “stakeholder” theory as it is being applied to business and markets today is a far cry from what stakeholder theory was originally and even from what it purports to be today. What was once an effective and valuable business-planning tool has become “normative” behavioral tool, which is to say an ethical framework intended to supersede both traditional ethics and the traditional logic of capital and markets for the express purpose of producing political impacts that are often in direct conflict with the policies that have been sanctioned by voters.

This push for a new ethical foundation for business and capital markets is, at its heart, well-meaning but will, nevertheless, ultimately undermine all that has been most admired and most productive in American society since its founding.

In his 2021 book The Dictatorship of Woke Capital, Steve Soukup, Director of The Political Forum Institute, examines the historical roots of and the contemporary battles in the effort to politicize American corporate culture. Through his research and quarter-century of experience as an analyst of social and political trends for the capital markets, he has arrived at several conclusions about the future of business. Among other things, he believes that traditional ethics – and the competent instruction therein – are the keys to fighting back against the effort to politicize and undermine American business.

A Call to Action

The Political Forum Institute has been established as a non-profit endeavor, presently a program of The National Center for Public Policy Research, a 501 (c) (3) organization. As such, we are seeking philanthropic investment in these efforts to build programs and infrastructure. Specific funding needs over the next two years total approximately $500,000 to $700,000. Where possible, we will seek to develop earned revenue streams from programmatic initiatives over time. Funding opportunities, many of which will also include naming rights for those who wish to be recognized in this way for their contributions. 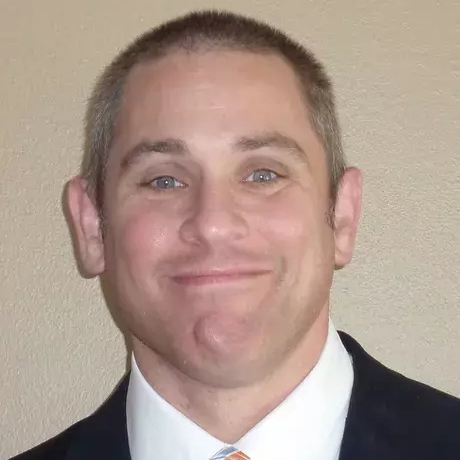 Mr. Soukup has followed politics and federal regulatory policy for the financial community since coming to Washington in 1996, when he joined Mark Melcher at the award-winning Washington-research office of Prudential Securities. While at Prudential, he was part of the Washington team that placed first in Institutional Investor magazine’s annual analyst survey for eight years in a row.

Mr. Soukup left Prudential with Mr. Melcher to join Lehman Brothers in the fall of 2000 and stayed there for two years, before leaving early in 2003 to become a partner at The Political Forum. While at Lehman, Mr. Soukup authored macro-political commentary and followed policy developments in the Natural Resources sector group, focusing on agriculture and energy policy. He also headed Lehman’s industry-leading analysis of asbestos litigation reform efforts.

Mr. Soukup initially joined The Political Forum as the editor and junior partner but is now the senior commentator and publisher. He holds an M.A. in American Government and Public Administration/Public Policy and a professional certification in policy analysis and program evaluation. Steve is also the Fellow in Culture and Economy at the Culture of Life Foundation. Mark Melcher is the President and Editor of The Political Forum. He has followed global and domestic social and political trends from Washington for the financial community since 1973, when he joined The Washington Forum, a subsidiary of Drexel Burnham Lambert. He left Drexel in July 1983 to open a Washington research office for Prudential Securities.