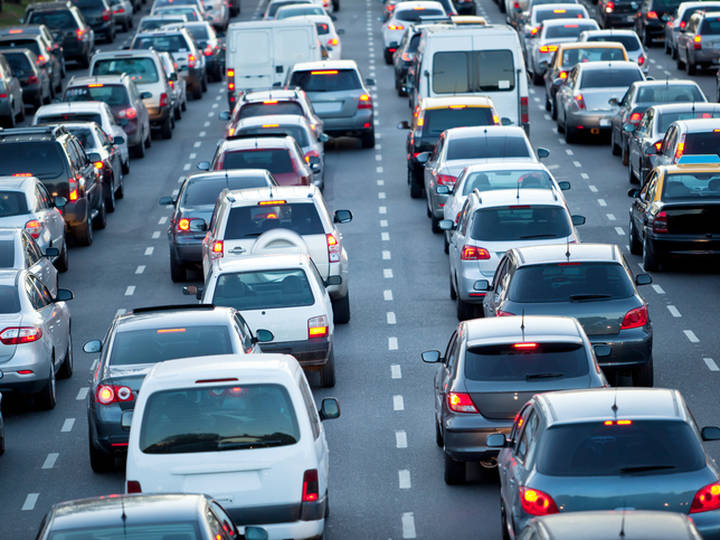 Posted at 17:20h in Articles, Featured, MailChimp by Stephen Soukup

Now that the fight is over and Kevin McCarthy has been elected Speaker of the House, we’d like to take just a few minutes to address some of the more prevalent explanations and interpretations of the events of the few days.

One prominent critique was that the whole thing was embarrassing and beneath the dignity of the House and the Office of the Speaker.  Here, for example, is former Senator Claire McCaskill asking whether the Republicans know that “people are watching” and that they find the whole thing shocking and ridiculous.  And here is USA Today columnist Jill Lawrence going even one step further:

If you’re a Republican, the last few days have been a humiliating disgrace. If you’re a Democrat, they’ve been a frustrating farce. For all Americans, this GOP – a motley collection of traditionalists, extremists and chaosmongers failing repeatedly and historically to choose a House speaker – is previewing two years of even worse: incompetence, immaturity and irresponsibility that will hammer the whole country.

The problem with these analyses, however, is that they are, for the most part, complete horse-hockey.

We’re sorry, Senator McCaskill, but people were not watching.  The American people don’t care.  And nor should they.  This is the embodiment of the phrase “inside baseball,” which the late William Safire defined as “minutiae savored by the cognoscenti, delicious details, nuances discussed and dissected by aficionados.”  That’s not to say that nobody cares about the “embarrassing” battle for the speakership, but most people don’t.  Indeed, most people don’t even know or care that there was a battle.  And by this time next week, even those who professed to care so deeply won’t remember the “great” fight or, if they do, won’t remember why they thought it mattered.  Because it doesn’t.

Maybe it’s just us, but any time we get an elected Speaker who isn’t a blackmail-able pederast, we call that a victory. 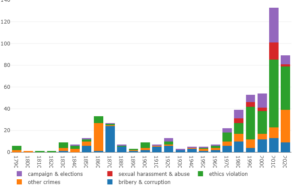 Another concern, oft-mentioned over the last week, is that the “chaos” of the vote for Speaker portends even more chaos in the next Congress.  If a few “whackos” can hold the House/country/world/universe hostage over such an important vote as this, then they will hold all the above hostage on other matters as well, and nothing will ever get done!  Over the weekend, The Wall Street Journal put this case into print:

House Republican infighting plunged Congress into disarray this week. The larger risk is that fractiousness could imperil some basic functions of government in the coming year.

Rep. Kevin McCarthy (R., Calif.) prevailed in his quest to be speaker after being stymied by a small group of hard-line Republicans on 14 ballots this week. But the struggle to pick a House leader, typically a perfunctory process, previewed what could well be months of turmoil over spending issues in a narrowly divided House….

“You’re going to have a sword of Damocles above any speaker over any actual or perceived dalliance with bipartisanship,” said Stewart Verdery, a former GOP Senate aide and chief executive of Monument Advocacy, a bipartisan lobbying group. The next speaker “is going to think long and hard: ‘If I put a bill on the floor that has Democratic support, is this the end for me?’ ”

Are you telling us that the House is not going to be able to get anything done, that the Speaker will have to pay attention to his caucus members (who, in turn, have to pay attention to their constituents), and that Republican leaders will have “to think long and hard” about partnering with the Democrats in the House, the Senate, and the Biden administration?  Oh, dear heavens!  Whatever will we do?

In reverse order: Republicans – be they in the leadership or not – SHOULD think long and hard about partnering with the Democrats in Washington.  We’re not saying that they shouldn’t work with them at all, but after the last two years (or the last thirty years, depending on your perspective), a little circumspection seems entirely reasonable.  And if some members/leaders need to be forced into circumspection by external concerns, that doesn’t seem unreasonable to us.

The same thing goes for paying attention to the concerns of the members of the Freedom Caucus, who were the cause of last week’s problems.  A little prudence and caution can’t hurt in this case.  If your fellow conservatives are opposed to something – so opposed that they will risk their legislative careers over it – then … perhaps … maybe it’s something you’d like to think over a little longer and a little harder.  We’d argue that thinking long and hard about things – legislation, in particular – is a characteristic of a mature legislature and one that has been lacking in the U.S. Congress for a great many years.  But again, maybe that’s just us.

As for the idea that chaos will beget chaos and that nothing will get done in the next two years, color us hopeful.  That’d be great, wouldn’t it?  We know that there are serious budget issues pending, like the perpetual debt-ceiling increase.  But if 20 House Republicans can cause so much trouble that it threatens to shut down the entire country every few months, then doesn’t that suggest that the whole process is dysfunctional and that, perhaps, the federal government should do something different – even if that means <<gasp!>> controlling its profligate spending habits?

And speaking of profligate spending habits, that is, as we’ve long insisted, one of the greatest things about divided government: it has the net effect of controlling the passage of stupid, profligate, unnecessary, or otherwise undesirable legislation.  Literally, NOTHING GETS DONE.  And if a divided Republican House makes divided government even more chaotic and thus less likely to pass anything that will pick the American people’s pockets, then who are we to complain?  Even Blessed-er Gridlock!

The bottom line is that last week’s circus was just that, a brief bit of entertainment to distract those of us who have to pay attention to politics from the doldrums and the obnoxiousness of “politics as usual.”  Sadly, it’s over now, and official Washington can now get back to work.  Yuck.