Posted at 19:10h in Articles, Featured, MailChimp by Stephen Soukup

As you may have heard, Larry Fink, the CEO of BlackRock and the king of ESG-world, is unhappy.  Yesterday, he told his fellow put-upon billionaires in Davos that he’s really displeased that “the narrative around ESG investing has become ugly and is creating ‘huge polarization.’”

To be honest with you, we’re unhappy about that too.  Of course, as we noted in response on Twitter, the gif below pretty much captures the source of that “polarization.”  Fink complaining that ESG has become nasty and bitter has a distinct Yiddish-definition-of-chutzpah vibe to it, i.e. “someone who kills his parents and then throws himself on the mercy of the court because he is an orphan.”

We thought, initially, that we would refute Fink’s laments by quoting from the introduction to The Dictatorship of Woke Capital, in which we explain how Fink and BlackRock took “sustainability” investing beyond anything anyone else had ever done, aggressively and unashamedly threatening the corporate world that it would have to meet their demands…or else!  The big man with the biggest investment portfolio the world had ever known decided that he would intimidate the rest of the world into doing as he said, and now he’s “shocked, shocked,” to find that the whole mess has become polarizing.

On second thought, though, we decided that you’ve probably heard enough from us on Fink and his abuse of capital markets and figured that you might, instead, benefit from hearing from someone else, someone who brings a different perspective to the disingenuousness Fink displayed at Davos.  So…here goes:

The financial services industry is duping the American public with its pro-environment, sustainable investing practices. This multitrillion dollar arena of socially conscious investing is being presented as something it’s not. In essence, Wall Street is greenwashing the economic system and, in the process, creating a deadly distraction….

[BlackRock’s] messaging helped mainstream the concept that pursuing social good was also good for the bottom line. Sadly, that’s all it is, a hopeful idea. In truth, sustainable investing boils down to little more than marketing hype, PR spin and disingenuous promises from the investment community….

In many instances across the industry, existing mutual funds are cynically rebranded as “green” — with no discernible change to the fund itself or its underlying strategies — simply for the sake of appearances and marketing purposes….

And just who, pray tell, is the right-wing nut who wrote that craziness?  Who is this flat-earth, climate-change denier who (in the words of Al Gore) wants to keep “boiling the oceans,” making “rain bombs,” and “sucking the moisture out of the land and creating the droughts and melting the ice and raising the sea level?”

Well, it’s none other than Tariq Fancy, the former chief investment officer for Sustainable Investing at BlackRock, the guy to whom Larry Fink gave the job of creating BlackRock’s industry-leading ESG platform.  Fancy, as you may recall, was the guy who put everything together at Fink’s insistence, honestly believing that he was doing an incredibly important and wonderful thing, only to discover that he had been a fool and a tool all along.  He had been used by his employer to create a system whereby investors could be made to feel better about themselves for the low, low price of double or triple the standard commission to have their funds managed.  Oh, yeah…and as he also noted in the piece quoted above, Fancy was incredibly disappointed to learn that he had been used/suckered by his boss because he really wanted it to work:

Imagine the planet is a cancer patient, and climate change is the cancer. Wall Street is prescribing wheatgrass: A well-marketed, profitable idea that has no chance of curing or even slowing down the cancer. In this scenario, wheatgrass is the deadly distraction, misleading the public and delaying lifesaving measures like chemotherapy. But like giving false hope to unproven cures in the midst of a pandemic, the consequences of such irresponsibility are all too obvious. And motivation for why the industry continues to greenwash is all too obvious.

Fancy, you see, is a climate-change militant, a true believer.  He could, under other circumstances, be expected to support the work of the people gathered at Davos, who are absolutely certain that every problem in the world can and should be solved by aggressive, top-down, compulsory restraint on the actions and appetites of the “little people.”  He’s not a denier, in other words, but an opponent of cynical and unworkable schemes designed to make people like Larry Fink richer and more powerful than they already are.

Larry Fink is unhappy.  We think he’s more than earned his unhappiness.  But you don’t have to take our word for it.  You can take Tariq Fancy’s as well.  He knows that Fink cries crocodile tears at their Plutarchian worst. 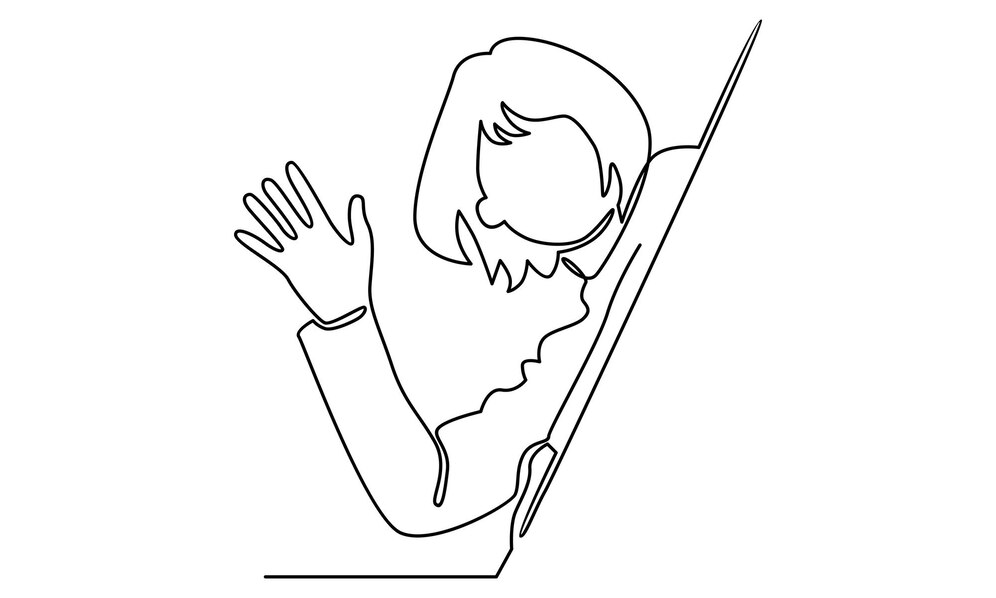