The Morning Call looks at a wonderfully American holiday 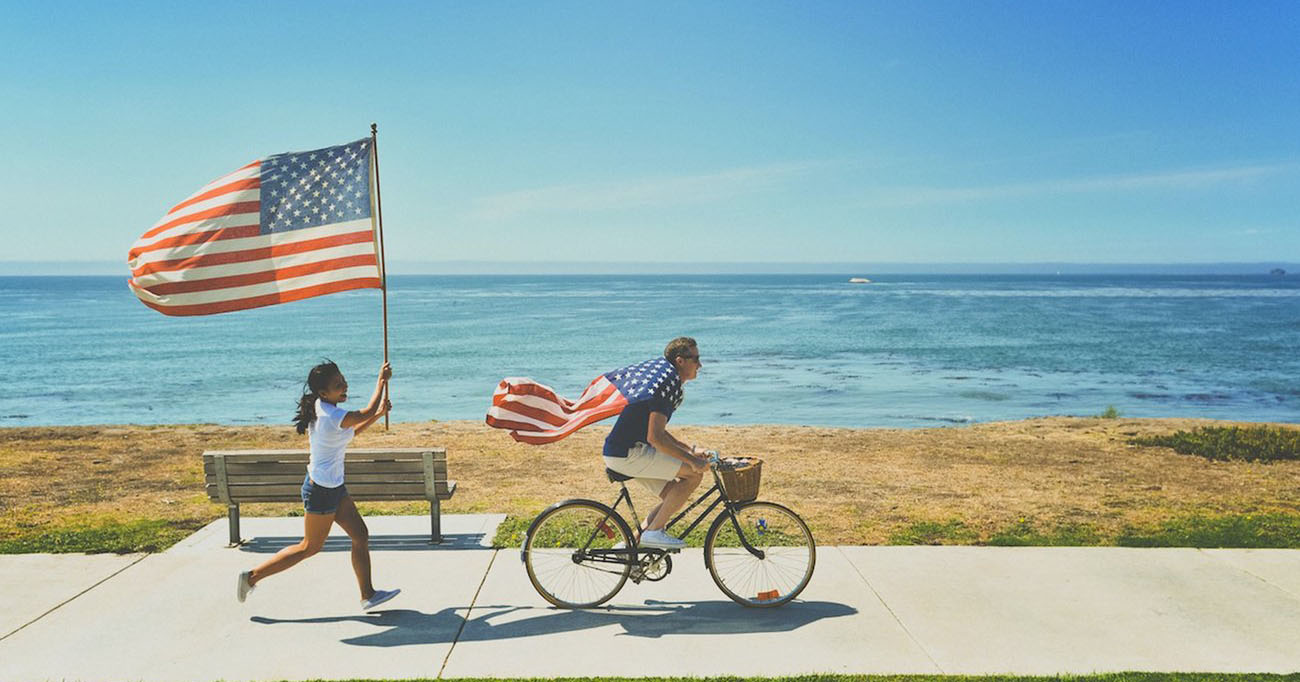 08 Oct The Morning Call looks at a wonderfully American holiday

Posted at 08:43h in Articles by Stephen Soukup

As you may know, this past Sunday was “Juneteenth,” a uniquely and wonderfully American holiday.  Despite its vital place in American history and the joyful events it commemorates, Juneteenth is nevertheless widely misunderstood.  And so, we thought we’d take a few moments today to explain what Juneteenth was, what it is, and what it means.  To wit:

The United States we know today was built with the labor of enslaved black Americans.  The last [of these slaves] were not freed (officially) until 19 June 1865.  Let us celebrate – and never forget.

How do we know that this is what Juneteenth is and what it means?  Well…no less an expert than the angry man pictured below told us so.

For those of you who may not know, that there is Bill Nye the Science Guy.  And he knows everything!  Just ask him.

It doesn’t matter to us that Mister Super Smarty Pants uses proper military date format (despite never having served in the military) just to remind us that he’s smarter than we are.  And it doesn’t bother us that his grammar is suspect.  Heck, it doesn’t even phase us that he gets the history – both of the United States and of Juneteenth – entirely wrong.  This is HIS truth.  And he’s embracing it.  So…you just…shush!

Now, to be accurate, Juneteenth is the celebration of the day that General Gordon Granger arrived in Galveston, Texas bearing the news that the Emancipation Proclamation had been issued (two years prior) and that the Civil War was over (two months prior).  And since the Union was the victor in that war, that meant that all the remaining slaves in Texas were to be set free.  They were liberated on June 19, 1865.

As any schoolboy knows, however, the last slaves in the nation were NOT freed on June 19th.  The slaves in Maryland, Delaware, Kentucky, Missouri, and West Virginia – that is to say the slave states that did not secede – were not officially liberated until the ratification of the 13th Amendment, six months later.  You see, the Emancipation Proclamation proclaimed that: “all persons held as slaves within any State or designated part of a State, the people whereof shall then be in rebellion against the United States, shall be then, thenceforward, and forever free,” which means that the five states named above – which were NOT in rebellion – kept their slaves.

As for the first part of The Science Guy’s tweet, the bit about how the nation was built on the backs of slaves, this is both a truism and a widely believed myth.

Yes, of course slavery was important in the colonies.  And yes, slaves LITERALLY built much of the infrastructure of the early nation.

That said, the idea that America owes its position in the world to slavery or that slavery drove its economic expansion is almost certainly untrue, as Trevon Logan, a professor of economics at the Ohio State University and a research associate at the National Bureau of Economic Research, recently noted:

In honor of Black history month, allow me to revisit a view of the past in need of greater scrutiny: the idea that slavery in the U.S., while morally wrong, was nonetheless an “economically productive” practice that helped form the foundation of American capitalism.

True, slavery generated substantial wealth for its practitioners. The income generated by enslaved labor was much higher than its financial costs. This difference was capitalized in the market value of enslaved people, which is estimated to have been $4 billion as of 1860 — more than every bank and railroad combined at the time. Annual expected returns were 7% to 10% per year, which would be an impressive performance even today.

The institution also featured “efficient” (albeit morally repugnant) markets, which allocated enslaved labor across tasks and places to achieve high levels of output per worker. After emancipation, crop yields, output value, land value and agricultural profits all declined substantially in the South — a phenomenon that has led historians and economists to talk about the “cost” of the Civil War, or the “lost wealth” resulting from the end of chattel bondage.

Yet such assessments of efficiency and productivity consider only the perspective of the enslavers. This takes the traditional logic of “firms/owners” and “workers/labor” much further than it should go. Any proper analysis should encompass not only enslavers’ ability to extract value, but also the vast costs imposed on the people whom they exploited. It should include, for example, the emotional pain of being torn away from one’s family. It should recognize the pervasive coercion — even outside of work hours — required to maintain the high output of enslaved people, who produced in 35 minutes what their free northern counterparts did in an hour.

Thinking through the costs to the enslaved themselves reveals the tremendous economic inefficiency of slavery. The practice was both a moral and a market failure, violating a key tenet of free enterprise: the ability to control one’s supply of goods and services (in this case, labor). Conversely, emancipation unlocked immense value for formerly enslaved Black people….

[I]nstead of destroying wealth, emancipation actually delivered the largest positive productivity shock in U.S. history. Under conservative assumptions about the value of non-working time to enslaved people, we estimate that the productivity gain was roughly 10% to 20% of gross domestic product.

Bill Nye, the Angry Guy, is almost certainly ignorant of this – just as he is ignorant of almost every topic he discusses.  That didn’t stop him from addressing Juneteenth, though, largely because he doesn’t really care about the holiday or the liberation of the slaves.  What he cares about is having a cudgel with which to beat those with whom he disagrees, those whom he hates – i.e. people who like America.

As we said above, Juneteenth is really a remarkable day that commemorates a series of remarkable events, culminating in the nation nearly tearing itself apart in order to right one of its most grievous wrongs.

In the hands of those who worship at the altar of politics, however – people like Bill Nye – Juneteenth is a tool for distinguishing friends from enemies.  If you agree with one side, Bill Nye’s side, then you MUST see Juneteenth as a reminder that America sucks and white people are evil.  If you agree with the other side, then you MUST see Juneteenth exclusively as a cynical ploy to allow liberals to hate white people, hate white Independence Day, and hate America generally.  ANYONE WHO DISAGREES WITH EITHER SIDE EVEN MARGINALLY is an enemy.

The whole thing is so tired and stupid and destructive.  But that’s where we are as a nation.

No one knows anything.  No one cares that they don’t know anything.  No one contemplates the possibility that they might be wrong or that the people who disagree with them might NOT be evil.  Every event, every occasion, every moment is merely another opportunity to “speak your truth” and to take a big swing at anyone who points out that your truth and THE truth are two entirely different things.

Unless something changes, this will end badly.  Very badly.

And it will be Bill Nye’s fault.